On this page, find a list of my upcoming novels, novellas, short stories, and one-shots. Included are brief summaries, excerpts, and in some instances - complete first chapters. 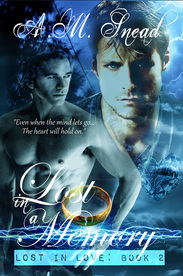 When a delayed side effect of brain surgery leaves Kyle in a temporary shallow coma, Nate is devastated, insisting he can’t go through this again. On the verge of breaking down, he is suddenly delivered from his fears when Kyle wakes up in perfect physical health. But there is one glitch – Kyle suffers from amnesia that leaves him with no memory of Nate beyond their teen years. With no way of knowing if the amnesia is temporary or permanent, Nate feels as if he’s lost the love of his life. Viewing Nate as merely a distant childhood friend whom he no longer feels close to or even truly knows, Kyle seeks a life path that doesn’t involve Nate. After all they went through and survived and endured, Nate is unwilling to just let it all go without a fight, believing that ‘his’ Kyle is still in there somewhere, trusting Nate to not give up and once again help him find his way out of the dark and back into the light of their love.

Made In His Image (Made To Be Broken - BK 2)
Novel 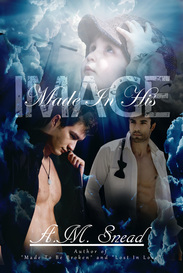 With Jonah’s help and the support of his new “family”, Noble is putting the abuse of his past to rest and learning to accept himself. Having yet to announce his and Jonah’s plan to marry, he is nervous about the prospect of adopting 2 y/o Jory – the current foster child of Mason and Colleen. When the subject is brought up in a casual “hypothetical” manner, he and Jonah are met with a lack of enthusiasm from both Rebecca and Colleen. Rebecca and Keith have their own plans of adopting Jory, and believe the child would have a better chance of growing up “well-adjusted” if he were raised in a traditional family environment. When Noble starts to consider that Jory might be better off with them, Jonah is fully aware of the young man’s heartbreak in possibly having to give up the child. Determined not to allow the bigoted opinions of society and those within his own family to rob him and Noble of becoming fathers to Jory, he refuses to let Noble become influenced by his old beliefs and back down from something his heart is reaching for. 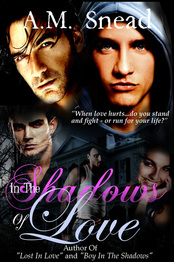 "Sam has dealt with his past - the pain and betrayal of those who should have loved him - and is now coming to terms with who he is as he settles into his new life with Adam and they make plans to be married. Adam is the heart and soul of Sam's existence, so when beautiful Shaun Archer - Adam's ex - shows up to offer his congratulations to Adam, Sam suffers extreme insecurity, feeling inferior to the other man on many levels. Though Shaun is presumably there as just a friend - Sam suspects he has ulterior motives to reclaim Adam for him own. Sam is certain Adam loves him, but his deep rooted insecurities leave him feeling vulnerable and scared of losing all that he loves. And when Shaun reveals to Sam a secret Adam has been keeping from him, his old instinct to run from what hurts tries to kick in. Now Sam must choose whether he will stand and fight for a love that suddenly seems uncertain...or run for his life." 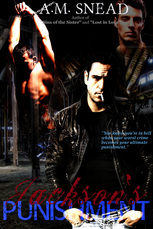 "Let the punishment fit the crime - is Tony's and Sammy's motto when they catch a brutal rapist in the act. He is delivered into the hands of Jericho - a man even the "bad" guys fear - for his punishment to be carried out. But the tortured mind of Jericho begins to take on an altered view of his captive, believing him to be a love from his past, his savior. But once the haze of his mind clears...will the punishment of his captive be less...or worse?
(Click cover to read chapters) 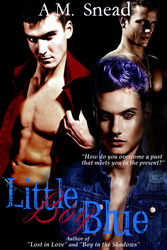 "When Noah's older brother, Russel, comes home on leave from the military, he's still the same asshole he was when he left – only more so. Noah still tries to show him respect as an American soldier fighting for his country. But it's hard when Russel bullies Noah for being gay and for his “gay” appearance. To make matters worse, Russel brings with him an army buddy – Chale – who has the same personality type as Russel and seems to have a bitter dislike for homosexuals. But there is something about Chale that seems vaguely familiar to Noah, though he can't pinpoint it. He chalks it up to Deja Vu until one night, during one of Russel's wild parties, Chale does the unexpected and comes to Noah's aid when one of the party goers attempts to force himself on Noah. During the incident, Chale's dog tags are ripped off and when Noah finds them later, the name written thereon clarifies how he knows the man."
(Click on Cover to read Chapter One)

Evil That Men Do (That Which Was Lost series, Vol. 2)
Novel 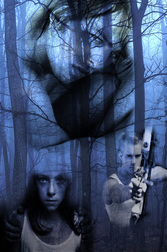 "When Paul's mom dies just days before his 13th birthday, it begins a five year reign of horror in Paul's life. Within all the darkness, one ray of hope shines - a young boy named Lonny who saved Paul's life by befriending and loving him at the worst moment in his life, giving him a reason to want to live. But when they are separated by distance and circumstances, Paul must make his way through hell to get to heaven on the other side - and find the angel who's memory alone has become Paul's guiding light in his world of darkness, giving him strength to overcome the evil that men do."