On this page, find a list of my completed works. Included are my novels, short stories, and one-shots. Currently these stories are free to read.

Made To Be Broken
Novel 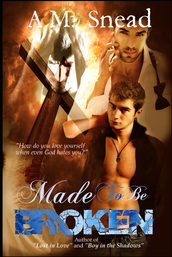 "At age 14, Noble Richmond becomes devastatingly aware that he is gay. Being raised in a Christian home and church, Noble believes that being gay is a sin, and desperately seeks God's healing and deliverance – telling no one of his secret. Now, nine years later, Noble is engaged to a Christian girl, Rebecca, who he believes he is genuinely in love with. Convinced that God has answered his prayers and delivered him from the sin of homosexuality, Noble sees his future with Rebecca as bright and promising. But when Rebecca's step-brother, Jonah, shows up at their engagement party – Noble is forced to question his deliverance and finds himself struggling with emotions and desires he insists is not natural for one man to feel for another." 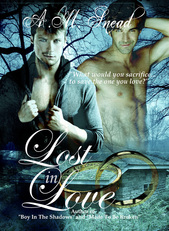 "When Nate stole his first kiss from his best friend, Kyle, at fourteen...he never told his friend how deeply in love with him he truly was. Now, eight years later, Kyle is still unaware of Nate's secret desires for him. But when the two friends get stranded in a mountain cabin, long dormant secrets within both young men begin to surface, as a deeper, more heartbreaking secret continues to simmer underneath."

Boy In The Shadows
Novel 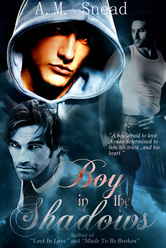 "On a fateful night, Adam picks up Sam - a mysterious young hitchhiker who instantly steals his heart. But the closer Adam tries to get to Sam, the more Sam pulls away. Adam is convinced Sam is falling in love with him as well, but something is forcing him to refuse Adam's love, causing him to want to run from Adam. Heartsick at the thought of losing Sam forever, Adam must find a way to convince Sam to stay long enough for Adam to gain his trust and help him understand that regardless of what Sam is hiding from him, nothing could make Adam walk away. But when the truth comes out...will Adam's love for Sam be enough to overcome the hard reality of Sam's secret?" 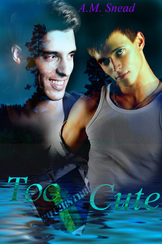 "A year after reuniting from a five year separation, Paul and Lonny return to the lake where they shared their first kiss. A little reminiscing, playful banter and heartfelt gift turns a warm summer afternoon scorching hot." 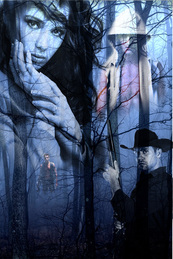 "At age ten, Clarice Stuart is rescued from a potentially traumatizing experience by a mysterious stranger who seems to appear out of nowhere and then disappear just as suddenly. Twenty years later, on a cold November night on an icy mountain highway as Clarice is on her way to her parents' home for the holidays, a black clad rider on a black motorcycle deliberately strands her on the highway. While Clarice waits for help to arrive, miles away her parents and brother are brutally murdered in their home. At the funeral, a man approaches her and offers his condolences, claiming to be a friend of her brother's. Clarice has a sense of recognition but can't place where she might know him from. But the mere touch of his hand engulfs her with emotions and desires she can't explain. Staying at her deceased brother's home under the watchful eyes of three officers, Clarice soon learns that even police protection can't save her from the evil that took her family. When her family's attacker appears and kills the three deputies who were meant to guard her, Clarice is certain she will die as violently as her parents and brother. But standing face to face with the killer, she is shocked to be staring into the face of her recently dead and buried brother. Before he can take her life as well, the black rider appears and saves her from the fate of her family. It is then that she realizes that the black rider is the man from the cemetery – and her guardian from the past. Suddenly she finds herself caught up in a passionate, terrifying game of survival with her mysterious and desirable guardian, fleeing a killer who won't stay dead."

Sins Of The Sister
Novel 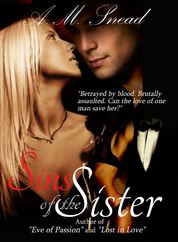 "When Sabrina Braxton agrees to trade places with her twin sister, Celine, to give her sister a break from her strained marriage...Sabrina has no idea what she's getting herself into. Suddenly faced with Celine's sexually deprived husband and a forceful ranch hand, Sabrina realizes her sister has failed to fill her in on some extremely necessary details of her life." 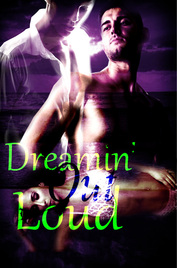 "When Madison starts having dreams about her husband, Blaine, getting down and dirty with his gay best friend, Ryan - she has no idea how close to reality those dreams truly are."